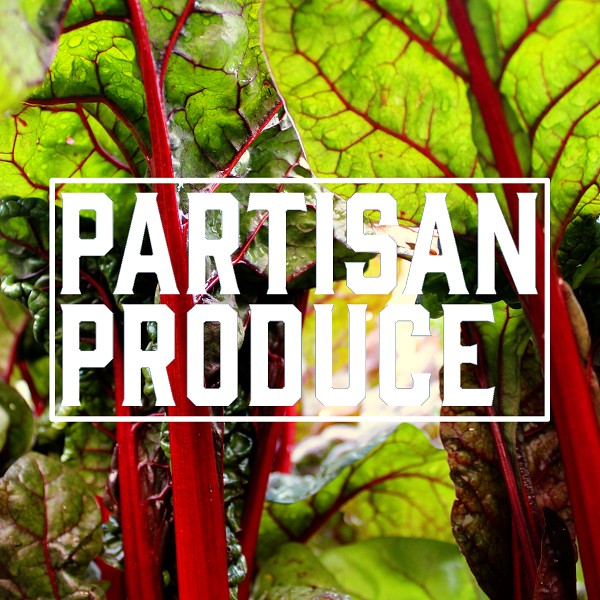 Partisan Produce is the brainchild of Toby Stafford-Deitsch, an ambitious individual who first cut his teeth in the city before turning his hand to pop-up restaurants and relocating to the Bristol area. Toby resumed 9-5 life in Bristol in a steady corporate job until the beginning of the last lockdown.


“I was unemployed on day one of lockdown, rent was imminent and I was seriously scraping at the barrel”.  The all-encompassing food industry, from producers to restaurants has always really excited me. I have attempted the corporate ladder several times but will always revert to the food industry. Cooking for a living can be a soul-destroying existence and so I have always sought a way of being connected to the industry, without being behind the stove”.


Toby launched ‘Bristol Fruit & Veg Boxes’ a delivery greengrocer in Bristol – this at its peak was delivering 40+ boxes of fresh fruit and veg a day in Bristol. He ran the business from his bedroom and it still continues within Partisan Produce; although under a slightly different operating structure!


“My customers were delighted with the produce that they were receiving but wanted a wider product offering. Expanding my range was the obvious solution, however I have never been a butcher/fishmonger etc. and needed these elements to take the business to the next level”. This was the point Partisan Produce was formed.


Partisan Produce is a bedroom-built Bristol based household produce delivery service that has partnered with some of the best independent food producers and artisan businesses in Somerset. This creates a collective shopping experience for its customers and has allowed the business to springboard off the well-established business that it works with.


Partisan is partnered with single providers in its key business lines. They have an exceptional 4th generation family fishmonger, meats from a local organic farm which has been managed by the same family for over 500 years and a great array of cheeses, breads and everything else. The majority of income is earnt on commission, meaning Partisan does not have to hold excessive stock. This has been the key to success launching on a limited budget.


Toby has created a product that fits with the average online grocery shopper and is unique in that the produce is sourced locally. This keeps the supply chain minimal and also helps to offset carbon footprints as produce does not travel excessive miles. Money is also kept in the local economy rather than corporations.


Partisan Produce plans to expand into other cities in the near future and is also exploring nationwide courier delivery in a similar fashion to Hello Fresh or Guosto etc.